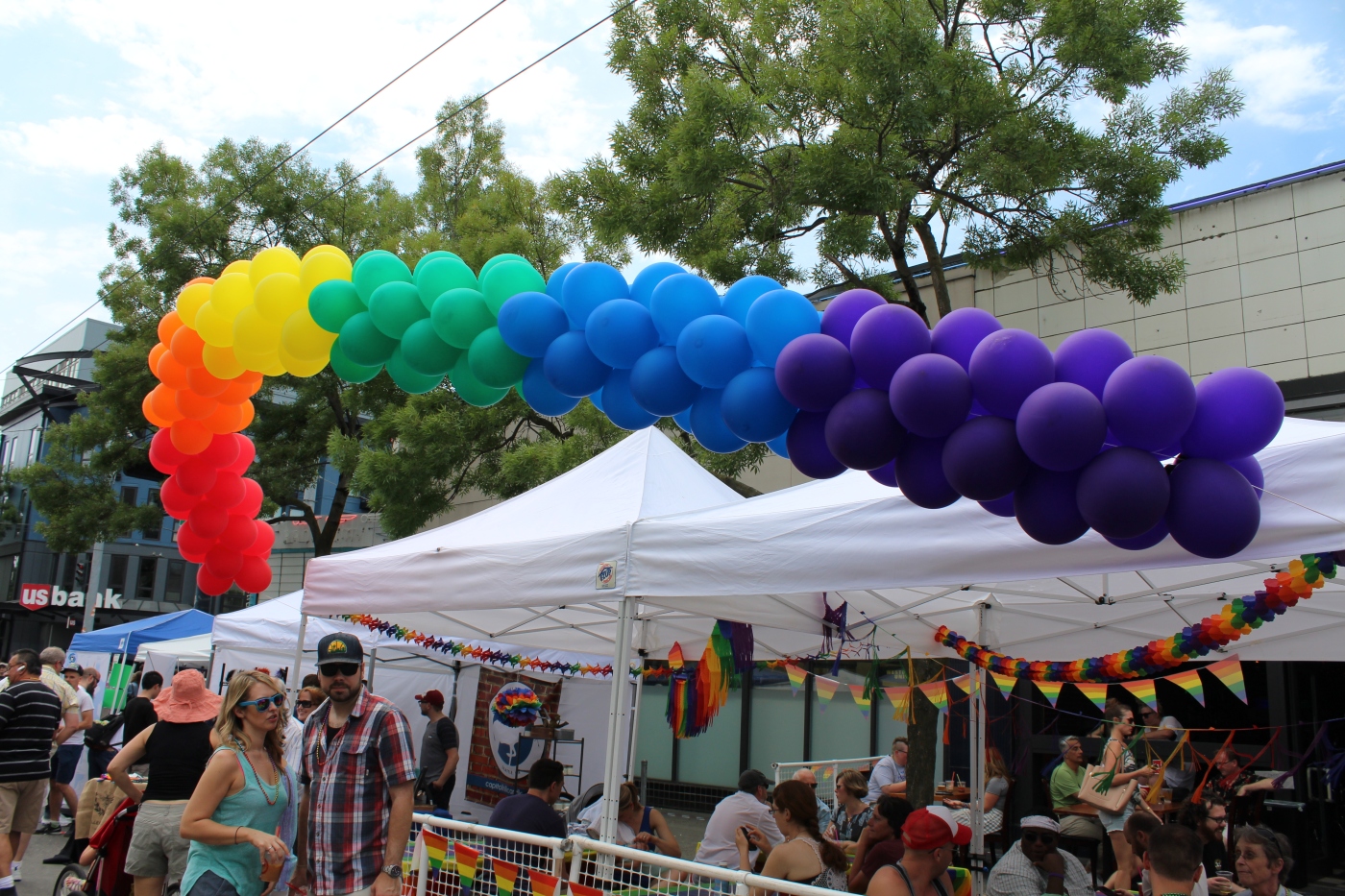 Love won last Friday, just in time for Pride. Many more eloquent people than I have talked about how awesome this is, as well as how it’s far from the end in the fight for LGBT rights. So I won’t do that here. I will just share a few photos from the Capitol Hill PrideFest.

It’s the second year myself and the husband have wandered along Broadway during the family friendly Pride festival. There was drag queen storytime for kids, and an elementary school fundraising for a new library, a health festival and HIV screening, as well as a few churches handing our free hugs. Including Mormons, actually. They had their own stickers, and a sign saying “Latter Gay Saints Need Love”. Not 100% sure how I feel about that, but I am all in favour of people being welcoming. The Seattle Bronies also had a stand, and someone wandering around in a Pony costume. And there was a cutout of Hilary Clinton with terrifying eyes. I do not know why.

But most importantly, there was a bunch of people celebrating and just being themselves in the sunshine. Which is pretty fucking great.

And on my way to get coffee the next morning, about 20 cyclists went past towards the page, with rainbow streamers and signs celebrating body positivity. They were also butt naked. Tits, dicks and scrotums flying everywhere.

It was quite the wake-up call 🙂